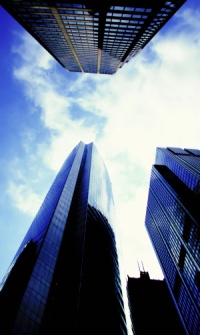 The government and the opposition seem to be leaning towards an agreement on making changes to negative gearing, which many believe will be the death of tax depreciation on investment properties. There is still a lot of debate going on, so it is unclear yet as to how the final changes will end up impacting property investors who use tax depreciation to offset some of their losses. The opposition in particular views this practice as a way for investors to save money at the expense of the government, hence the call for change.

Regardless of the changes made to negative gearing, it is going to have some effect on the depreciation, leaving property investors in the Sunshine Coast and other parts of the country wondering whether it is worth claiming depreciation at all. The feeling is that claiming tax depreciation Sunshine Coast this year won’t affect income, but will have a negative effect on the cost base when it comes time to sell down the road. Cash flow positive investors are likely to be the only ones who end up claiming depreciation.

Tax experts are predicting that things could get a little tricky for investors, especially since they run the risk of missing out on tax incentives completely if they do not make the claims. They also say that a cost base adjustment still has to be made, regardless of whether or not claims are made. These are all things that can affect the bottom line of the investor, and is why they really need to be dealing with financial experts who can steer them down the correct path before, during, and after any proposed changes.

One thing that investors should ask their tax expert to do is lay out a financial scenario based on the proposed changes. This will allow them to see just what sort of impact they would have to endure each year, as well as when it came time to actually sell the property. What may come to light is that the investor stands to pay a whole lot more in tax on their property than they are currently doing right now. A lot of what is going on in the government debates at the moment deals with worst case scenarios for investors, but that scenario is certainly one that is well worth looking at.

The one thing that is almost certain to change is the type of properties that investors look to buy in the future. The move from looking for properties that deliver tax incentives to properties that generate real income is one that is almost certainly bound to happen. Depreciation is not going anywhere, as it is a real issue for investors as well as being a way to offset losses. Who benefits the most from the proposed changes remains to be seen, but it’s hard to imagine that the government are going to sign off on anything that will negatively impact the amount of money they can take in from ratepayers.

We offer owners of income producing properties in the Sunshine Coast Tax Depreciation Schedules detailing a yearly allowance breakdown for a period of ten years.