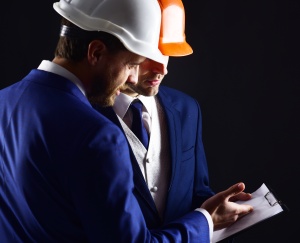 The combination of more complex codes, building construction quality dropping, and architects becoming less important in the construction process has led to a regression in the design of structures over the past half-century. This is true both here and around Australia which is why a renewed emphasis on project management Noosa Sunshine Coast along with the rest of the country is needed to revive the quality of building design.

What Happened to Project Management in Noosa Sunshine Coast?

Until the 1970s, architects were in control of the entire process of building design from the initial drawings to overseeing the final construction. But that began to change when the size of many commercial buildings grew larger and more complex. Such larger designs required additional documentation that often was not included by the architects. The results were that the construction process became longer and more costly.

With cost overruns, more building failing to meet their original intention, and safety issues becoming more prevalent, the rise of Construction Manager which later became the Project Manager (PM) was created. This meant that clients who wanted their buildings constructed on time and on budget became more confident in letting a professional handle most of the details after the architect was through with creating the original design. 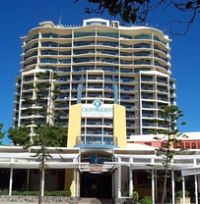 The creation of the project manager was built around the desire to control cost. This meant that the emphasis was on greater efficiency and more accountability to ensure that the end result met expectations. However, despite their best intentions, a substantial side effects was that buildings actually became less efficient while not controlling the costs to any great degree.

Basically, the PM would intervene after the architect completed the original drawings and start to whittle down their original ideas into a cookie-cutter approach that emphasized cost-saving measures which often didn’t achieve such results. By promising to handle larger, more complex building construction at a lower cost, what happened was that new buildings were not only bland, but they didn’t really save on the costs at all.

In the larger states of Victoria and NSW, what was observed with the development of project managers was the significant increase in capital spent on administration instead of construction. In many cases, up to 40% of the entire construction budget was spent towards costs that didn’t have anything to do with construction.

Second, the overall quality of the building construction was lower. The reasons are many, but essentially PMs did not want to include innovation in their works relying instead on proven if outdated models. With less money used for construction, the results were predictable. This is especially true of “green” buildings that are designed to be energy efficient. Most PMs are far more comfortable in creating “brown” or less efficient designs because they are simply easier to create.

The result of project management Noosa Sunshine Coast buildings along with those in the rest of Australia has been detrimental in many ways. While changes to how architects ran the entire process of construction was inevitable, the results have been for the most part even worse.

Accord Quantity Surveyors Sunshine Coast have been involved in project management services for a multitude of properties. Bobby has been responsible for many quality building project managed on the Sunshine Coast. Contact Bobby for an up to date list of achievements.